In March of 1882, the local press in Tombstone published two recent fire-related events. Local concern over fire ran high, and citizens hoped to avoid a repeat of the great fire of 1881. As Billy’s building was taking shape at the address of 533 and 535 Allen Street, it came very near to being destroyed when fire broke out next door at the Calisher store, located at 525 Allen Street. 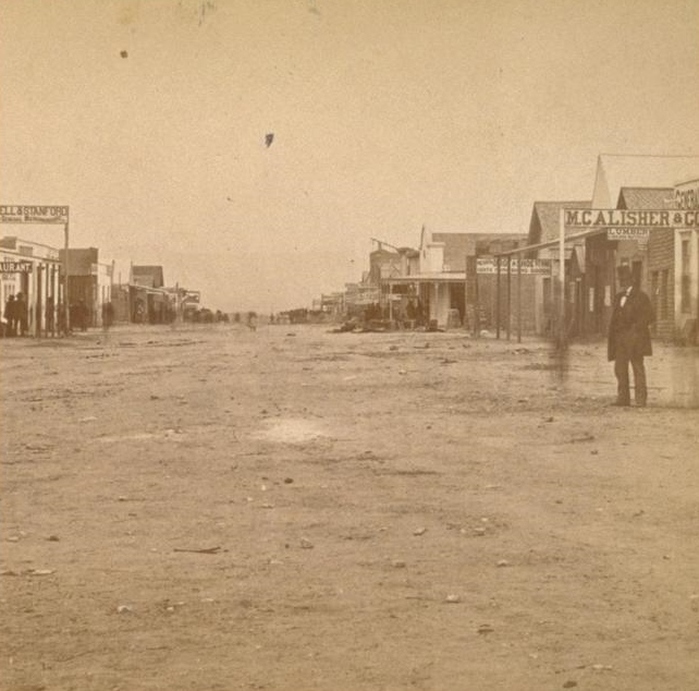 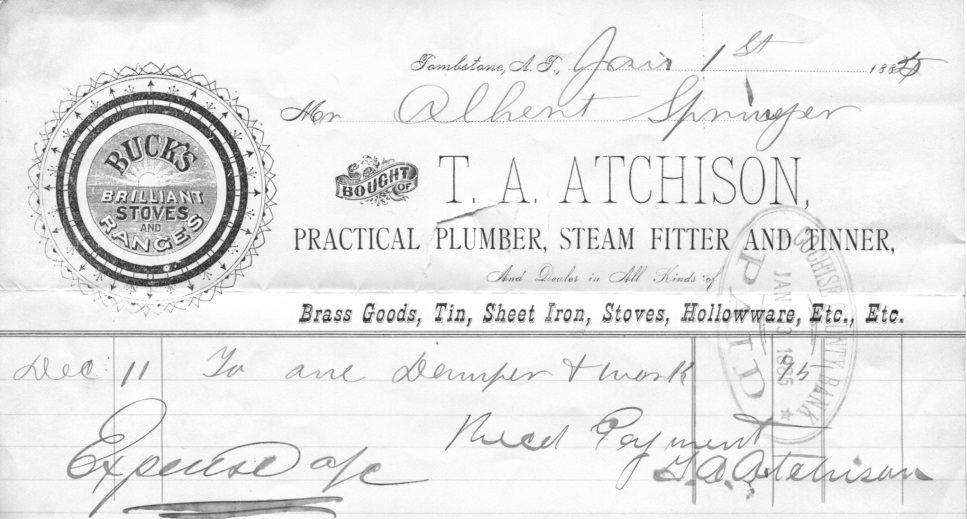 Thomas Andrew Atchison testified as to David Calisher’s movements the night of the fire. Original Atchison billhead, signed by him, from the collections of John D. Rose.
Pioneering Tombstone firefighter Leslie F. “Blackburn testified to being at the Bird Cage theater and to seeing Calisher off and on during all the time [the] witness was there; that he left the theater about ten or fifteen minutes before the alarm of fire, and that Calisher could not have left for a half or three quarters of an hour before [the] witness left without he (witness) knowing it. Mr. Blackburn also testified that he did not smell coal oil on entering the store. The court then adjourned.”
After barely a ten day proceeding, and with the evidence before him, Judge Wallace rendered his verdict. He noted that “the case had been carefully examined and argued on both sides; that the counsel, as well as the court had taken great interest in the matter…The court considered that the property belonged to the defendant, that the fire was of an incendiary nature, and that there was sufficient reason why the prisoner should be held to appear before the grand jury, as the one guilty of the crime; that should he order his discharge he would be failing to perform his duty as a magistrate. D. Calisher was accordingly held in the sum of $1500 bail to answer before the next grand jury.”
David Calisher lived far beyond the point of his near lynching while in Tombstone. Rather then spending years in jail for arson, he  became a successful merchant in Yuma and later married. He died on January 31st, 1932, at the age of 72, at the Pioneers Home in Prescott Arizona. 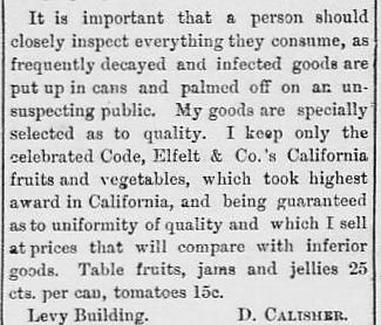 Seven years after his near lynching in Tombstone, David Calisher is now a merchant in Yuma, Arizona, and in this advertisement cautions his customers to not buy from others who sell “infected goods…put up in cans and palmed off on an unsuspecting public.” Arizona Sentinel, October 26th, 1889.

David Calisher is advertised for selling “the safest and most brilliant illuminating oil…” Such an irony would not be lost on those who had known Calisher when he was accused of using a similar product to attempt arson while in Tombstone. Arizona Sentinel, April 19th, 1890.
The above information is in part excerpted from Witness at the O.K. Corral: Tombstone’s Billy Allen Le Van, by John D. Rose. For more on this legendary story and other research breakthroughs, this book is available at https://www.createspace.com/5258114 as well as Amazon.com. See the next page to view the cover of this landmark book on Billy Allen Le Van, the Gunfight near the O.K. Corral, Tombstone A.T., Belle Le Van and her family history, and so much more. 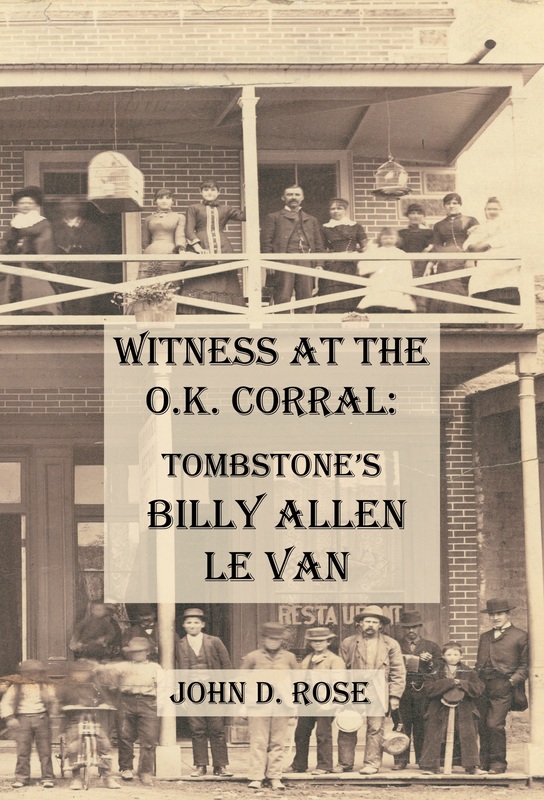