REFLECTIONS AND PHOTOS OF ONE FAMILIES TRAGEDY IN THE AMERICAN WEST.

I realize that it may surprise some to see photos of the infamous McComas Raid area on a website devoted to locations related to Wyatt Earp. But I've long held that the history of the Great American Southwest should be viewed in the larger context of a region in the throws of a major demographic expansion, filled with those from many wildly varying backgrounds, creating that remarkable dynamic which was the American West. The story of Tombstone and Wyatt Earp is an intriguing one, but it is but one small part of the much larger dynamic of the American West.
Newly arriving American  Settlers began to populate lands that had traditionally been held by one of the most remarkable groups of accomplished warriors, the Apache. Likewise, the area was filled with its tradition of Spanish history, connecting all the way back to early conquistadors who wished to see these lands developed under the banner of Northern New Spain.
In March of 1883, a clash of centuries old Apache raiding traditions confronted a family of three American settlers... a long feared return of Apache raiding took place in the Arizona and New Mexico Territories. Geronimo had sent warriors from his base of operations in Mexico, into the U.S., hoping to find more suitable ammunition. It was a colossal mistake. This raid would later give the U.S. the needed impetus to pursue the Apache deep into their haunts and hiding places in Mexico, making their once impenetrable strongholds open to their invading pursuers from the U.S. Cavalry, under the brilliant leadership of General Crook.
Word of marauding Apaches gave many cause for concern, but Judge Hamilton "H. C.." McComas decided to take along his wife Juanita and their son Charley on the scenic route leading out of Silver City as they traveled to attend business he had in Lordsburg New Mexico. It was a fateful decision.
This scenic route had a choke point in it path. In the Western most ridge of the Burro Mountains, Thompson Canyon narrows into an ideal area for raiding. The lay of the land is such that the wash in some parts becomes the roadway. Washes can make for a largely rock free area on which horse and buggy can easily travel, but its a slow form of travel at the same time. The sand causes the horses to move more slowly. As Judge McComas entered the area pictured below, he had to wonder if any dangers awaited him. Once he traversed the landscape below, a feeling of relief may have led him and wife Juanita to layout a picnic near a Walnut tree.
Such confidence was soon destroyed as an Apache war party descended upon them, unleashing the final terrifying moments of the lives of Judge McComas and his wife. The Apache noted the Judges brave attempt to defend his family. It was of little consequence to the husband and father whose final seconds of life must have contained the realization that his decision to make this trip at this time brought devastation to those he cared for the most. His son Charley witnessed the terrifying events of the death of his parents, and then was taken prisoner by those who had just killed his parents.
The story of Charley McComas would make national headlines, and he would later die while in Apache captivity, with conflicting reports as to the circumstances related to his death. When visiting the McComas site in person, I was reminded of the enormous risks settlers assumed in populating these lands, the beauty of this rugged landscape, and its harsh realities. I hope that those who read my Tombstone and Earp research will take the time to look at these photos, and reflect on one families tragic end which is still part of the fabric of the American West.
- John D. Rose 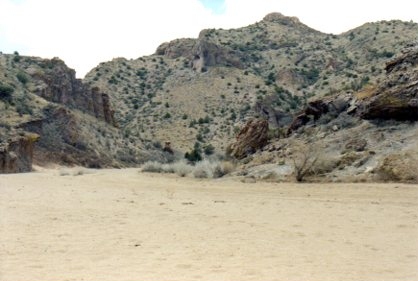 View of an approach to Thompson Canyon. Travelers of the day would note the very same landscape seen in this view, and likely would have little concern for an Apache Raid in the area unless news of an Apache Raiding party was known. In the case of Judge McComas and his family, he did know of such dangers when he viewed this same area. Photo by John D. Rose. 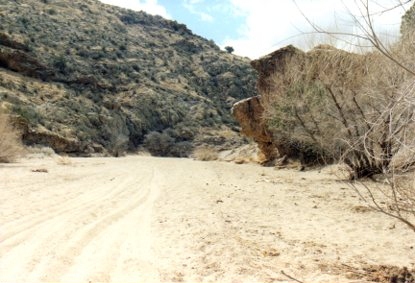 An approach to the choke point in Thompson Canyon. Photo by John D. Rose. 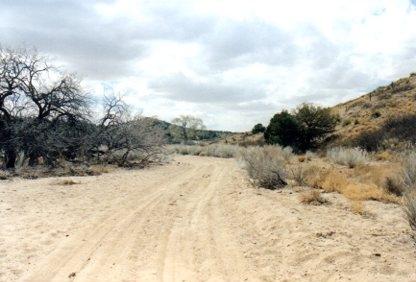 Just outside of Thompson Canyon, the area that would have likely given travelers such as the McComas family a feeling of comparative safety. Photo by John D. Rose. 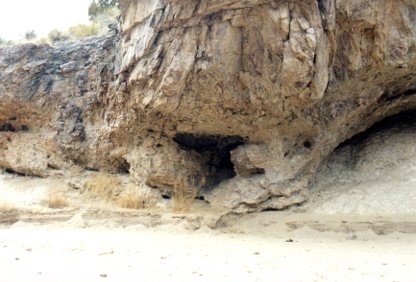 A small hiding place while visible from the stage road while traveling through Thompson Canyon. Photo by John D. Rose. 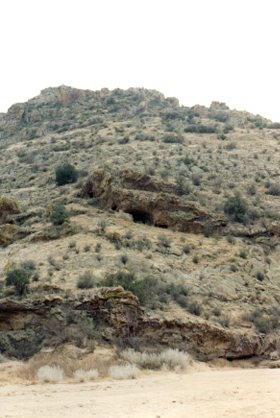 Another view from the stage road while traveling through Thompson Canyon, one of the final views enjoyed by the McComas Family but minutes before the Apaches struck. Photo by John D. Rose. 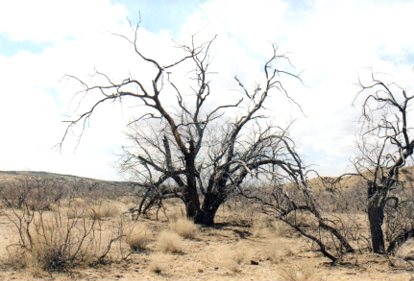 The McComas Tree. It was at this location that the McComas family began a picnic lunch, halting their trip and resting their horses, where tragedy struck. This tree is documented on page 192 of Marc Simmons landmark book on this subject, "Massacre on the Lordsburg Road," which I highly recommend. Photo of McComas Tree by John D. Rose. 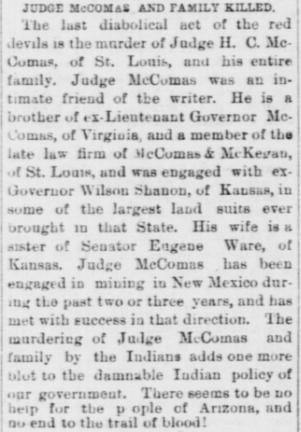 On April 1st, 1883, The Tucson Weekly Citizen informs its readers of what many had already heard on the streets of the Old Pueblo. In this emotional account, the unnamed author tells of his intimate friendship with Judge McComas, and relays knowledge of his wife as well. Given that the accounts begins by stating that "Judge McComas and Family Killed" it is in error on this point, as his son Charley did survive the raid that claimed his parents, only to die later.