Fire was a constant danger in boom towns. Buildings in business districts often stood side by side, and some were made of frame construction. If they had the economic base to mature, these mining camps might become cities with water systems that were hopefully adequate enough to control blazes when they broke out. But even larger cities experienced remarkable devastation when fires erupted – San Francisco and Chicago as examples. Joining the local firefighting departments was considered an honorable pursuit. These firefighters would often place themselves in the line of danger in protecting life and property. Many joined for this purpose. Some who sought local offices joined their department as it was good press when they appeared in the local news attending a fireman’s ball, or better yet, actually putting out a fire. Some of Tombstone’s best-known names became involved with firefighting while living there. 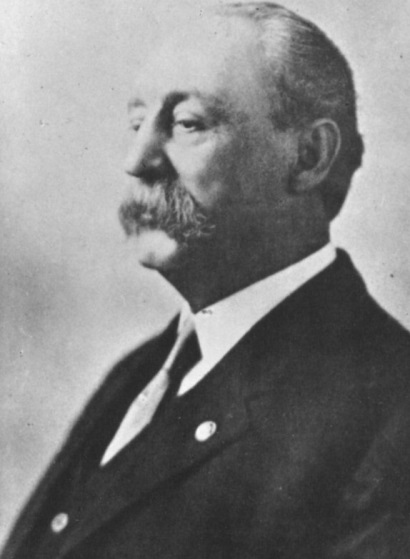 An aged Fred Dodge, decades after telling Leslie Blackburn that the “less chin music you give the better.”
This less than cordial encounter between Dodge and Blackburn offers insights not only into the character of both men, but also into the willful struggles as to how business ought to be conducted. If the incident proved anything, it is that a simple meeting for political planning in Tombstone could turn into a far more disagreeable situation than rationality would otherwise dictate.
Given the founding role that Blackburn had played in the early organization of Tombstone firefighters, it would seem a surprise that he decided to secede and form his own independent fire company in the fall of 1882. But if circumstances were not going his way, this may have been a natural course of action for a man who insisted on running things to his own liking. Of course this move was extra-legal as Blackburn and his followers well knew, because the charters for his and the other fire company had been granted under the express authority of Tombstone’s City Council. Now Blackburn chose to grant himself a charter in defiance of the City Fathers, as well as many of his fellow firefighters.  Blackburn’s move occurred five months after Tombstone’s second great fire.
A board of delegates within the original Company #1 was formed to deal with the issue, and they in turn reported to the City Council. “By instruction of the Board of Delegates, I respectfully transmit to your Honorable Body…copies of proceedings taken by the Tombstone Engine Co. No. 1., also by the Board of Delegates in regard to Ex Foreman L. F. Blackburn…Whereas a meeting of Tombstone Engine Co. No. 1., [was held] Tuesday, October 24th, 1882, at which meeting a majority of members of said company were present, it was unanimously Resolved that L. F. Blackburn and all other members of the aforesaid company who have taken part or approved of the formation of an Independent Engine Company, be expelled from Tombstone Engine Co. No. 1.”  “…The Board of Delegates of [the] Tombstone Fire Department do hereby approve and sustain the action of Tombstone Engine Co. No. 1. In the expulsion of the aforesaid members…”
It was a dramatic turn of events for a man whose dedication and service to his community in the formation of Engine Co. No. 1 should have been his legacy. Now he would be remembered for attempting to tear apart the very organization that he had once labored to build. Making matters worse, Blackburn had taken items from the company that he refused to return. Getting nowhere with Blackburn, the remainder of the company now turned to the City Council in hopes of recovering it. This indicates that Blackburn was a difficult man to deal with. He had killed a man in self-defense in Virginia City, and it would not be surprising if knowledge of this followed him to Tombstone.
“Resolved that the proceeding of the last meeting of the Tombstone Engine Co. No. 1 be forwarded to the City Council and that this Board of Delegates do hereby ask their [Tombstone City Council] intervention in restoring the property of [the] Tombstone Fire Department into their possession. Signed…Will…Nash J. [John] Brophy…Pat Holland”
For all of his protests against others, Blackburn had no greater enemy to his own reputation in Tombstone than himself.
The above information is in part excerpted from Witness at the O.K. Corral: Tombstone’s Billy Allen Le Van, by John D. Rose. For more on this legendary story and other research breakthroughs, this book is available at https://www.createspace.com/5258114 as well as Amazon.com. 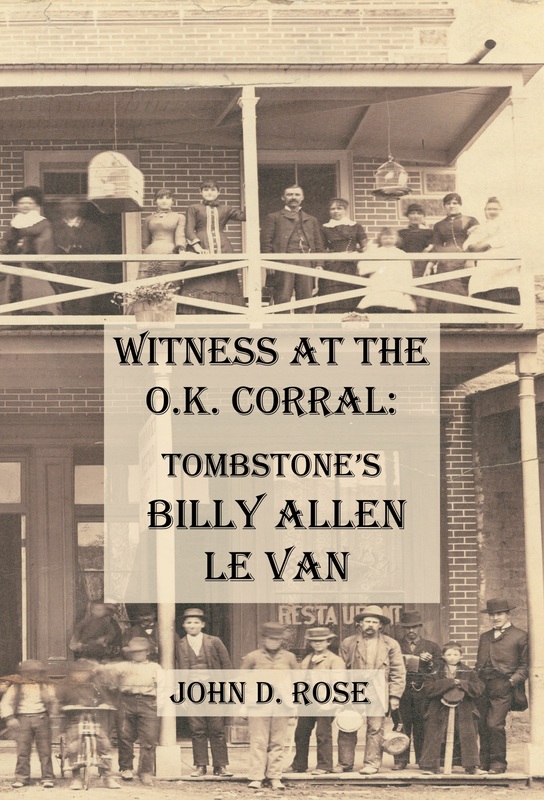