Another great photo of Cora Drew of Drew's Station fame!

I recently released my third book, "San Pedro River Water Wars in the Post Drew's Station Era," and immediately sent a copy to the Drew family, who have been very generous in sharing their family archive with me. Below is part of what a Drew family member said about the new book. "Received your latest book... pretty slick...We haven't finished reading it but so far we really like it, especially the parts about the Drews."
She also mentioned news of yet another photo of Cora Drew, who had once lived as a little girl at Drew's Station. As she explained, a cousin had this photo, and had assumed that the rest of the Drew family had it as well, and when it was learned that others did not, it was shared with them.
At that point, the Drew family sent it to me, and I now have honor of getting to publish this wonderful image of Cora below. The question that the family now wonders is " if it was a wedding picture or a graduation or maybe for a theatrical production.  It is possible taken the same time as the one we have all seen. " It is indeed remarkable that over 130 years after the heyday of Drew's Station had concluded, yet another discovery surfaces, and with it, more questions to ponder and enjoy.- John Rose 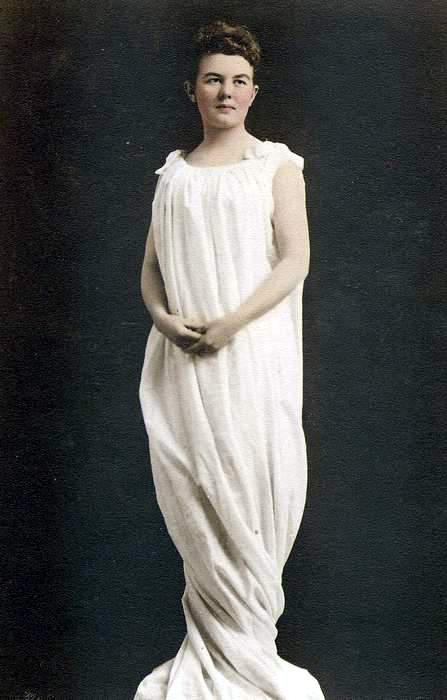